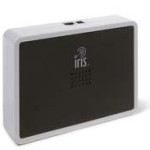 A few weeks ago Lowe’s was blowing out the old hubs for $5 with the rumored intent to clear out the old stock before the release of the new hub.  Well, so much for that theory, the old hub has recently been re-released under a new SKU and the new hub is nowhere to be seen.  Excitement has been building for a new hub since it was first hinted at by Lowe’s Kevin Meagher last August.

Come and gone.  Obviously a statement made off-the-cuff during an interview can hardly be considered absolute, however it was still encouraging to hear it from the person who is directly responsible for the future of Iris.  The Iris platform is almost 3 years old and while there have been updates to it since, most have minor adding support for a handful of new devices.  Iris has fallen very far behind competitors like Wink, SmartThings, and Staples Connect who offer systems which are more flexible and support a wider range of devices.  So, why is a new hub so important?

The current hub is missing newer technologies such as Bluetooth LE (low energy) and Insteon, while existing technologies like Z-Wave have seen updates which are not present in the current hardware.   Support for modern devices is also anemic compared to competitors; a limitation that may or may not be due to the older hub hardware.

The bottom line is that the Iris platform has become stagnant and outdated.  The promise of a new hub offers those heavily invested into Iris hope that Lowe’s is committed to not only supporting Iris but growing it into the system that it was meant to be.