As reported by Livingwithiris, a new Iris Smart Meter Link USB dongle has silently appeared on the Lowes website under the Home Automation & Security products category.   With little information on the Lowes site, any idea of what this device actually does is pure speculation, but it’s clear it has something to do with a smart electric meter.  If you have tried to purchase the existing Blue Line Meter Reader recently, you have undoubtedly been frustrated by its’ lack of availability.  The new smart meter accessory adds an interesting twist and may likely be an eventual replacement for it.

With Smart Meters beginning to take off in the United States, a device that can interface directly with them would be a logical addition to the Iris lineup.  According to Lowes.com this device will… 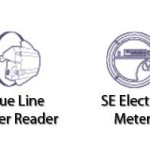 BlueLine Meter Reader on the left, and the unknown SE Electric Meter on the right.

Our investigation beneath the hood of the Iris iOS App has revealed a handful of icons for yet-to-be released devices, ranging from pet doors to ceiling fan controllers.  In this instance we found an icon labeled “SE Electric Meter” which has a clearly distinct design from the Blue Line Electric Meter icon.  The image on the left compares each of the electric meter accessory icons that we found within the iOS app.

We were not able to uncover any additional details about this new accessory within the app, but it looks likely that the 1.7.0 update to added the support for whatever this device actually does.  The Iris Smart Meter Link is not yet available for purchase at the odd list price of $70.20.  We will post more information as it becomes available.

One thought on “New Iris Smart Meter Link – Already in the iOS App?”